Iron – Responsible for the transport of oxygen in your body

Iron is used by your body to produce haemoglobin which is a red protein in the blood cells that carries the oxygen around in your body. It is crucial for the metabolism of your muscles, neurological development, physical growth and simply for your cells to function properly.

Even though iron is a mineral that can be found naturally in many different foods it is also available as supplements and is additionally added to some food products as well.

According to WHO (World Health Organization), more than 30% of the world are anemic due to an iron deficiency – that’s approximately 2 billion people.

Iron deficiencies can in some cases display the following symptoms:

Being optimal on iron

The reason behind the increased recommendations of iron intake for women is because of the increased needs during pregnancy and the blood loss from menstruation.

If you believe you might have deficiencies and you’re considering supplementing and/or changing your diet, you should always consult with your health practitioner beforehand. It is possible to “overdose” on iron which can lead to nausea, vomiting, gastric upset, vomiting, faintness and in some cases be very serious.

Dietary iron is present in two forms – heme and nonheme. Heme iron has a higher bioavailability than non heme and is easily found in meat (especially red meat), poultry and seafood where nonheme can be found in some plants and iron-fortified foods.

The richest sources of iron is in general found in seafood and especially lean meat. According to BDA (The Association of UK Dietitians you can see below a table of selected iron rich food sources: 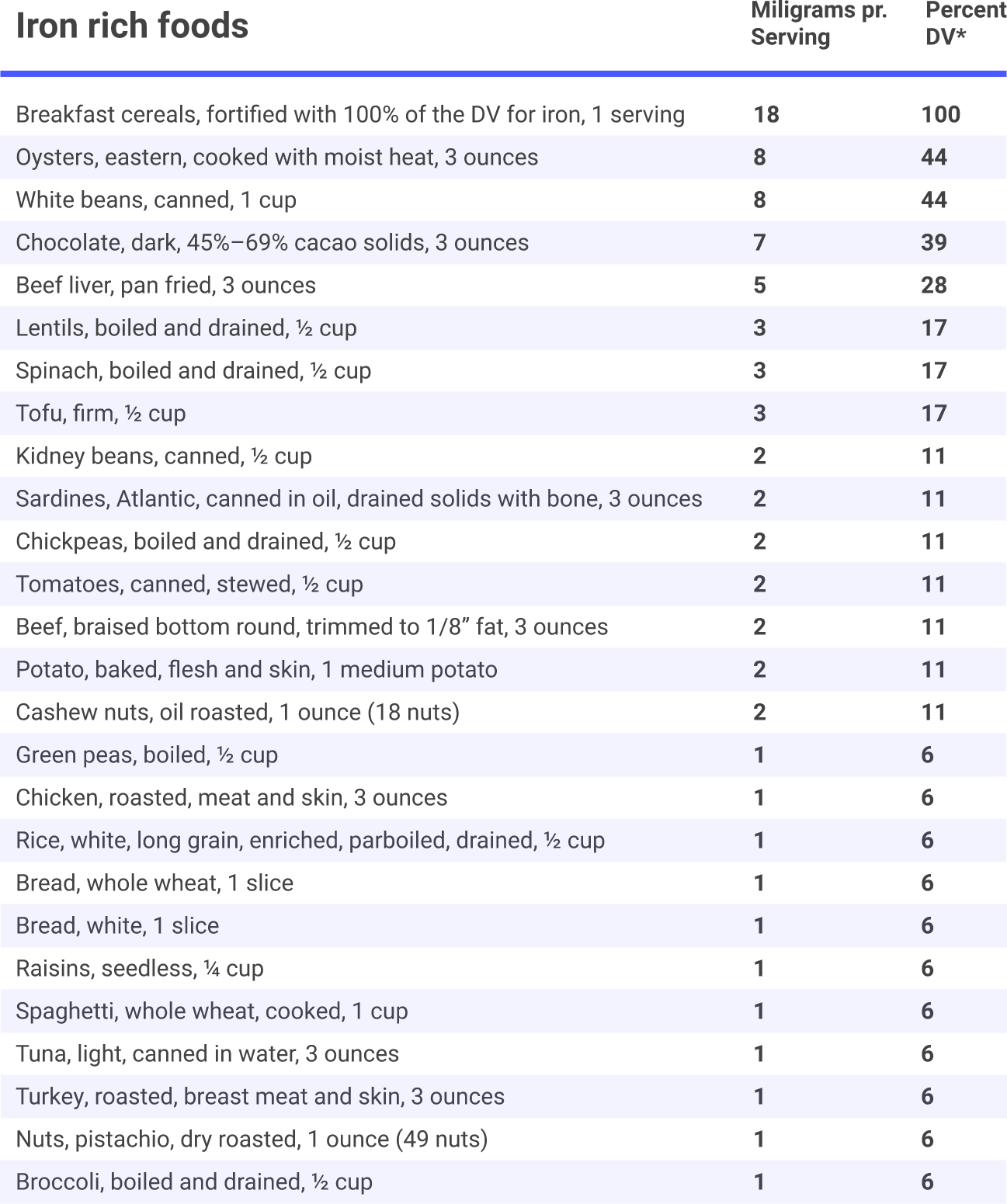 You can easily increase your intake of iron by changing your diet. If you are limited by allergies/intolerances and can’t get the recommended amounts through your diet you can also get it through dietary supplements. Just be aware of the recommendations since they vary so much between race and sociodemographic factors that there is an actual risk of obtaining excess iron. You should always consult your health practitioner before supplementing iron, or at least know your own values through a blood test.

You can find Iron in many different types of dietary supplements and also in combined products such as multivitamins and multimineral supplements.